A considerable number of teams and individuals that I’ve worked with have failed to reach satisfactory results and progress because of how they communicate. I’ve found that they commonly aren’t aware that communication is a substantial culprit. This is specifically true when the level of uncertainty in a situation or topic is considerable, e.g. when there’s high pressure on a team to deliver results or there’s vastly opposing opinions between team members on what decisions to take.

When I’ve found teams being in this situation I’ve discovered a simple and engaging exercise that considerably improves the teams ability to communicate more effectively. The exercise is based on Virginia Satirs concept around coping stances.

In stressful situations or situations with considerable uncertainty it’s not uncommon for people to instinctively gravitate towards four distinct coping stances. Each stance comes with a specific set of behaviour and way of communicating that obstructs the team from constructive progress. Which stance a person instinctively gravitate towards is related to their upbringing, past experience in work & life, situation they’re in and people they’re with. Most people can identify themselves with one or two stances. The stances are:

Luckily, with practice each person can shift from a stance that is coping into one that is constructive. This is done by acknowledging that each coping stance has a seed of strength (a.k.a. positive seed) and realising that each can be of paramount importance in making constructive progress in the team.

The next steps are to develop a) the insights into what circumstances the seeds are most valuable and to what degree and b) the practice of bringing the seed and associated behaviour into focus. Practicing involves both helping yourself and others in making the shift from coping to constructiveness, which the following diagram can help with. 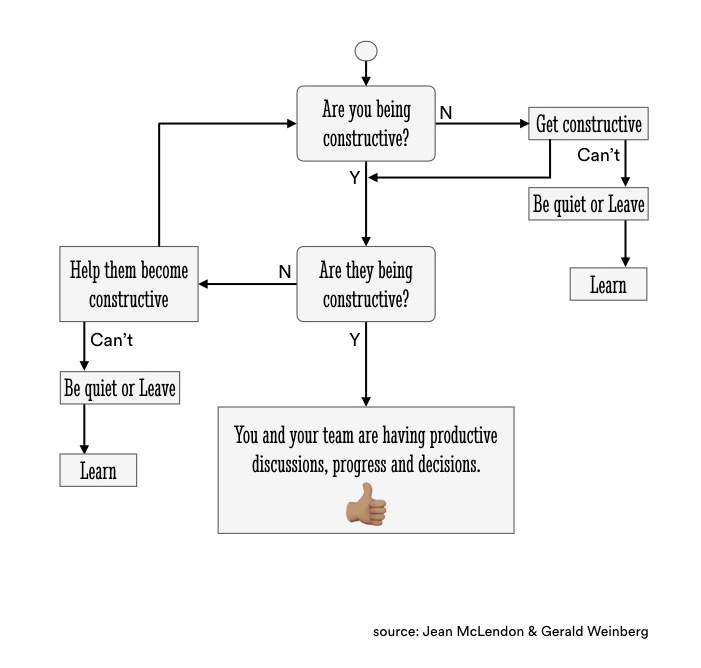 You will need at least 60 min to successfully facilitate this exercise.

Please don’t hesitate to reach out to me if you have any questions or you’d like me to facilitate a workshop with your team. If you facilitate it on your own I’d love if you shared your experience and learnings.